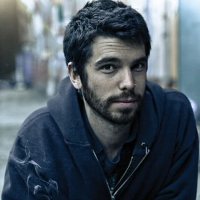 Broken note
"If it ain't broke, break it!!"
Bio
Since exploding onto the scene in 2008, Broken Note have followed a path of unrelenting sonic carnage across the globe and cemented their uniquely heavy sound as an iconic mark on electronic music today.

Broken Note stand at the forefront of well-crafted heavy music: Twisting cinematic sound design and brutally heavy bass around the aggressive beats found in heavy metal and dark Drum n Bass, they layer distorted leads and filtered reeses in between flurries of staggering rhythms, creating auditory hallucinations of both open and confined spaces. This gives their music an incredibly tight flow, carrying their tunes through relentlessly hammering beats into beautifully decaying breakdowns with an underlying sense of dark nostalgia. Seamlessly shifting between tempos, they draw from a sonically industrial landscape to deliver astonishing heaviness that?s as razor sharp at clubs and festivals as it is in warehouses.

Following their debut LP release on Ad Noiseam, Broken Note have continued dispatching their towering sound through notable labels including Boka, Prspct, and Ninja Tune. Their dynamic sound has led to collaborations with renowned artists across a wide scope of different genres, with releases to date including collaborations with Juno Reactor, Cooh, DJ Hidden, and Current Value. Amon Tobin can also be counted amongst Broken Note?s fans, with a well-received remix of 'GoTo10' from the highly acclaimed ISAM album and AV tour.

A highly sought-after musical force, Broken Note continue to follow a hectic schedule, regularly touring across North and South America, Australia, Scandinavia, Russia, Japan, and Europe. Live sets are currently based around Ableton Live, utilising various midi controllers and FX running with on the spot warping, cueing, and live key work. The content is a mash up of everything from cutting-edge original material to twisted edits of those they draw inspiration from. Showcasing everything from bone-shattering Dubstep, evil DnB, cutting BreakCore, industrial strength Hardcore and Tekno, to Punk Rock, Thrash Metal and Hip Hop, their diverse and distinctive tune selection is guaranteed to be a highlight of any event they are playing.
Source: www.facebook.com/pages/Broken-Note/117444273139?v=info