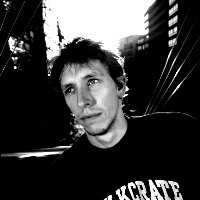 Dom and Roland
"Dark Drum and Bass artist"
Bio
Dom & Roland has been at the forefront of the Drum and Bass electronic music scene for over 15 years. Originally signed to No-U-Turn he moved to the scene leader Moving Shadow in 1995, he has released four critically acclaimed albums to date, over 100 singles, high profile electronic remixes as well as many collaborations with some of the scene?s most talented artists.

As one of the pioneers of the tech-step genre he is well known for his cinematic otherworldly soundscapes, It has often been suggested that he move into doing film soundtracks as his sound often conveys a strong visual element. Teamed with his sought after talent for producing dancefloor pounding rhythms, he has managed to stay at the pinnacle of the scene to this day.

In 2005 Dom started his own label Dom & Roland Productions releasing the creme de la creme of Drum and Bass collaborations, as well as being an outlet for his own work. An accomplished sound engineer, Dom is well known to have co-produced and mixed some of the classics of the drum and bass scene, including Subway with Ed Rush, Sonar with DJ Trace, appearing as guest producer alongside Optical on Grooveriders seminal Prototype Years album, as well as having enjoyed enormous success with many of his own tracks including the mighty Thunder, Imagination and Can?t Punish Me. The late John Peel a longtime fan, also approached Dom to commission a piece of work although sadly this dream was never realised.

Over the years Dom & Roland releases have been commissioned for several Playstation games and licensed to television in various countries including the BBC and Channel 4 in England. More recently Dom has continued his passion for pushing the boundaries of music technology, contributing from a producer?s standpoint, by being an advisor to various music software companies, including Native Instruments and Focusrite, taking studio tools to the next generation.
Source: www.myspace.com/domdrp