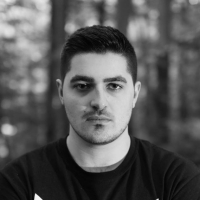 Emperor
"Dark Drum and Bass artist"
Bio
Emperor, having proved himself with some heavyweight releases on Critical, Symmetry, Inspected, Neodigital, Ammunition and some exquisite Dubstep gems on the Caliber label all in 2011, has since gone on to become a force to be reckoned with.

His debut track â€˜Monolithâ€™ released on Critical:Modulations in June 2012 absolutely destroyed dance floors across the D&B scene. This was soon followed by the incredible â€˜Jackhammer EPâ€™ on Inspected records which exposed a different creative side for the Lancashire born producer. His â€˜Begin EPâ€™ released on Critical in 2013 furthered his notoriety, dominated charts & his records continued to be heavily rotated by DJ's worldwide.

Emperor teamed-up with Mefjus, and unleashed their unstoppable â€˜Hello World EPâ€™ which sky-rocketed them to the heights of the Drum & Bass scene, with the acclaimed 'Void Main Void' and 'Disrupted'. Emperor is without doubt one of the most exciting new producers in bass music, gritty mechanics combined with beautiful soundscapes, intricate sound design, and all out rawness. A distinctive sound to behold. He is set to release a debut album in 2016, his last non-dnb EP on Inspected, as well as an exciting new side project named 'Monuman', which has already found a release on Noisia's 'Division' imprint, Emperor is without a doubt one to take heed of.