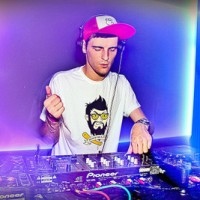 Engage
"Dark Drum and Bass artist"
Bio
Dmitry Nekrasov’s music has been described as “nothing short of organized chaos”, raw aggression that has been harnessed and sculptured into rhythmical dancefloor perfection. Hailing from St. Petersburg in Russia, Dmitry has been massively influenced by the neurofunk sounds of Corrupt Souls, Phace, Spor and Prolix. So much so, that in 2005 he felt inspired to put his own stamp on the drum+bass sub-genre.

After only three years of writing he signed his first track to Mayhem‘s Aesthetics label and although still a relative newcomer to the drum+bass scene, Dmitry is hot out the traps with releases on a host of labels including Hospital Records, Offshore Recordings, Uprising Records and Noisia‘s Invisible Recordings.

As he continues to build up a catalogue of future beats, including collaborations with fellow Russian compatriots Enei, Dissident and Receptor, Engage is on the up. With support from the likes of Noisia, Ed Rush, London Elektricity, Mayhem, Concord Dawn, Nphect and Ill Skillz, you are bound to be hearing more from this writer/producer/DJ in the months and years to come!
Source: soundcloud.com/engage