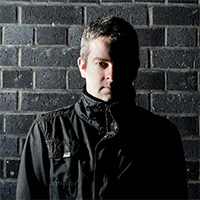 InsideInfo
"Dark Drum and Bass artist"
Bio
Forming a partnership with a friend, the name InsideInfo started out as a duo, they worked hard in the studio and landed themselves a show on Origin FM where they would play their new tracks, getting feedback instantly from the hordes of D&B fans tuning in each week. After a while the partnership went their separate ways, and Paul kept on the InsideInfo name, taking out a loan to buy a proper studio setup and diving headfirst into his production, mixing up all the different sounds he loves and wrapping it in Tech. It wasnâ€™t long before this unique tracks caught the ear of one DJ Hype, and his first release, â€˜Concentrateâ€™ b/w â€˜Rumble On Signalâ€™ was snapped up for his Ganja-Tek label.

Since that fateful signing, InsideInfoâ€™s tunes have been at the forefront of many a major playerâ€™s box, and with tracks signed to a selection of fine labels, including Horizons, Critical, Blu Mar Ten, Mainframe, and Breed 12 Inches, amongst others.

Coming off a busy year with â€˜Honey Beeâ€™ destroying dancefloors throughout 2011 off the Matrix & Futurebound â€˜Worldwide: 001â€™ album, InsideInfo made his debut on Matrix's legendary Metro Recordings with 'Quattro' (with Matrix), backed with 'Ice Beam'. Following the success of that, InsideInfo laid down a smashing remix of Camo & Krookedâ€™s â€˜Anubisâ€™ on their 'Cross The Line' remix album on Hospital Records, followed by a single on Ed Rush & Opticalâ€™s Virus Recordings alongside Audio entitled 'Vein Drain'.

After signing exclusively to Viper Recordings, InsideInfo delivered his most complete work to date with the amazing 7-track 'Grow EP'. A tour-de-force of one of the most unique producers in the game, the 'Grow EP' undoubtedly raised InsideInfo into the next stratosphere of his career.
In recent years, InsideInfoâ€™s production and output has made him a household name in the tech and neurofunk world of DNB with huge collaborations with Mefjus, The Upbeats, Smooth, Maztek, and Prolix â€“ along with massive singles on Viper such as â€˜Mushroomâ€™ and â€˜Metamorphosisâ€™. Also busy on the remix front, InsideInfo has remixed the likes of Black Sun Empire, Bad Company, Usual Suspects, and Hybrid Minds. His recent collab with Mefjus 'Pulsation' on Viper Recordings has held #1 spot on beatport for over 3 weeks and this coming off the back of their & The Upbeats 'Best Track' award nomination at the 2015 D&B awards for 'Footpath' . With some big remixes ,fresh single and debut album in the pipeline ,InsideInfo is just getting warmed up.
Source: https://www.facebook.com/insideinfomusic