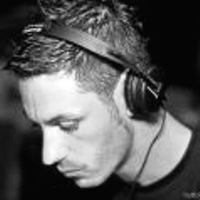 Leon Switch
"Dark Drum and Bass artist"
Bio
Since establishing a production partnership in 1999, Leon Switch & Kryptic Minds Have witnessed phenomenal success with every release, and continue to go from strength to strength, ameliorating with every release. Their co-owned labels: Defcom Records & Osiris Music uk is a prominent and much revered institution in the drum & bass scene. Their success story, however, started in a very different way.

Kryptic minds first gained prominence in the D & B scene when Ram Records subsidiary: 'Frequency' released 'The Truth'. 'The Truth' quickly earned itself an 'anthem' reputation, instantly catapulting him into the limelight and earning him mountains of respect and DJ work. In all this crazy haze, Simon found himself establishing several new friendships, one of which blossomed into a strong music-making partnership, consequently, the production outfit: Leon Switch & Kryptic Minds was born.

Two years on, Defcom Records was founded. Over the coming years, Leon Switch & Kryptic Minds worked to make Defcom Records a prominent imprint on the D & B map. Over the next four years, both Simon and Leon scheduled for the release of 22 12' singles. Record sales on tracks: 'Take the pain away' and 'No Escape' were sky high and both helped to set a high president which other labels found hard to follow. Defcom Records was now undisputed for its constancy of high quality releases and style all of which were undoubtedly prolific.

Simon & Leon extended their collaborative arms further than Defcom Records, crafting a number of both original and remix tracks to be released on a variety of imprints: Penetration, Renegade Hardware, Metalheadz, Tech Freak, Freak Recordings Liftin' Spirits to name a few. It seemed the name: Leon Switch & Kryptic Minds was everywhere.

2005 was no different in its beginnings. 'Black Out Vol. 1' and 'Black Out Vol. 2' hit the vinyl market in months: March and May. Both EPs showcased unique vocal talent, gruelling and impressionable basslines and tight production. Each EP was so darkly emotional yet uplifting in its own ways that all of the top figureheads played tracks from them, every time causing ructions on the D & B dance floors.

2006 saw the final chapter in the 'Black Out' series complete. 'Black out Vol. 3' & 4 was released with 2 CD's which shortly followed.

2007 saw the release of their highly anticipated 'Lost All Faith' Album' hailed by meny as DnB Album of 2007. Here they showcase their diverse talent crossing over into other genres, such as Orchestral and Down Tempo.

At present, Simon & Leon are currently working on their second album due for release in 2008. They also have many 12' single releases lined up for both Defcom Recrds & Osiris Music uk.
Source: www.mpiii.com/bio_view-6567.html