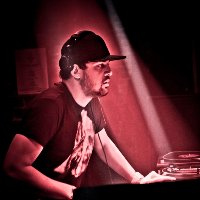 S.P.Y.
"Dark Drum and Bass artist"
Bio
S.P.Y has firmly established himself as one of the most exciting producers and DJs in drum & bass, earning support across the scene with consistent releases on top labels such as Hospital, Ram, Soul:r, Metalheadz, Shogun, Innerground and many more. In demand as a DJ, producer, collaborator (with the likes of Marcus Intalex, Marky, and Total Science) and remixer (Goldie, Deadmau5, Claude van Stroke and Zinc feat Miss Dynamite). S.P.Y has further stepped up the pace in 2012 by signing exclusively to Drum and Bass label giant Hospital Records who are working closely with this talented artist as his profile continues to shoot skyward.


Since moving to London from Sao Paolo 9 years ago, Carlos Lima aka S.P.Y hasn’t looked back. Initially drawn to the city for it’s music and culture, S.P.Y soon settled in amongst the vibrant drum & bass scene. With a background in DJing stretching back to the age of 12, his skills behind the turntables were already in place and he set out to make his mark as a producer. A natural talent for music production certainly helped and, after just six months of learning on basic equipment, he signed his first ever release to Metalheadz in 2005. His impressive debut ‘Til Dawn’ was included on the Winter of Content compilation album and a sure sign that S.P.Y would be one to watch.


In 2006, he quickly followed up with ‘Black Flag b/w Double Dragon’ for new label Med School and helped set the standard for Hospital’s alternative, more experimental imprint. Developing his own brand of original yet dancefloor-friendly beats, S.P.Y stepped up his game with a further single (‘Ghost Ship b/w Silent Sleeper’) before moving on to release on diverse labels including Critical and Samurai.


A series of collaborations followed with the likes of Mosus, Physics, BCee and Kiat: no surprise, given S.P.Ys reputation in the studio and professional yet easy-going outlook. In 2008, two of his joint productions (‘Close Encounters’ with Kiat and ‘Cold 909s’ with Mosus) were among the standout tracks in the excellent DAT Music 2 compilation and marked his debut for Soul:r.


In 2010 S.P.Y stepped it again and proved to be capable of both quality and consistency, delivering standout releases for Ram, Metalheadz, Shogun and Spearhead. His tracks won DJ support across the scene, with Friction featuring 5 S.P.Y productions on his Ministry of Sound mix CD and Andy C selecting 4 for his Nightlife CD. Marky & S.P.Y also took on high-profile remixes for the likes of Deadmau5, Claude von Stroke and Zinc Ft. Miss Dynamite, with S.P.Y’s own personal unofficial relicks of Zero 7 and LTJ Bukem becoming a signature in his live sets. Add to this a universally adored remix for Logistics track 'By Your Side' on Spearhead Records, and 2010 proved to be a vintage year for S.P.Y.


Later in the year came the announcement that S.P.Y signed exclusively to Hospital Records and is working hard on his debut LP for the label. S.P.Y's trademark darker, heavily groove oriented style has seen him become the talk of the underground, and this was of particular interest to Hospital Records to add a new dimension to their existing roster of artists. An alliance of epic proportions, the entire Drum and Bass scene waits patiently for the results of S.P.Y's journey into the album format after proving himself as one of the most consistent singles artists in Drum and Bass.


The release date for the debut S.P.Y album has been set for July 2012, and will be preceded by an EP in June. In the mean time this global favorite has built an enviable back catalogue of work that continues to give his army of fans worldwide fuel to maintain his legendary status as the scene is set for the new chapter in his career.
Source: esp-agency.co.uk/artist/spy