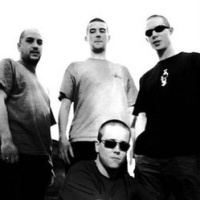 Cause4Concern
"Dark Drum and Bass artist"
Bio
That every cause has an effect is common knowledge. For Optiv, Mark and Stuart, the cause is drum & bass, and their effect is both indelible and undeniable. Known collectively as Cause 4 Concern, the crew came together back at the start of 1999, when Optiv was affiliated with Aspect Records, and Stuart and Mark were working for Vinyl Distribution.
A testament to their talent, it took only a few short months of collaborative creation before they scored their first signing – and not just to any old label – but the massive and seminal Moving Shadow. At the time they were known as nCode, but by July they had become Cause 4 Concern and started their own imprint label. The first 12” dropped that December, and secured the support of DJs Doc Scott, Fierce and Grooverider, amongst many others. Releases on respected labels Tru Playaz, Renegade Hardware, Moving Shadow and Timeless Recordings were to follow, and left little doubt that this was one crew to keep an eye on. Promoters right across the planet couldn’t help but pay attention, and consequently there aren’t many places C4C haven’t performed.
Such was the success of Cause4Concern Recordings that 2001 saw the launch of sister label C4C Limited. Intended as an outlet for experimental tracks and remixes of previous C4C releases by other established artists, the imprint has so far seen input from producers Stakka & Skynet, Teebee, Matrix, Fierce and Rymetyme. By the end of the year, C4C had been nominated in the ‘Best Newcomers’ category of the Knowledge Magazine Drum & Bass Awards. Impressing their peers as well as the press, demand for their product increased, resulting in releases on renowned labels BC Presents, Metro, Quarantine and Virus. This well deserved exposure expedited their inevitable ascent through the ranks of the Drum & Bass scene.
Recently reformed after a few years of inactivity, 2008 sees Cause 4 Concern return to wreak havoc with their first full length album. Spread over five separate 12”s to be followed by a double CD, Pandemic picks up right where the lads left off – the leading edge of electronic music. All of the elements that made them one of the most exciting and entertaining production posses in drum ‘n’ bass remain intact, and are both refined and reinforced.

Infection is imminent. Prepare for the Pandemic.
Source: soundcloud.com/cause4concern-recordings