News
Let It Roll introduces stages for 2019 | 10th of March 2019
Ever danced at the feet of 20-metre robots? Ever stepped into an arena but realised it was a portal that took you and your fellow humanoids to a whole other dimension? Ever run riot in a post-apocalyptic junk yard where upcycling as just as strong as the reloads?
If you’ve been to Let It Roll, then you most definitely have… 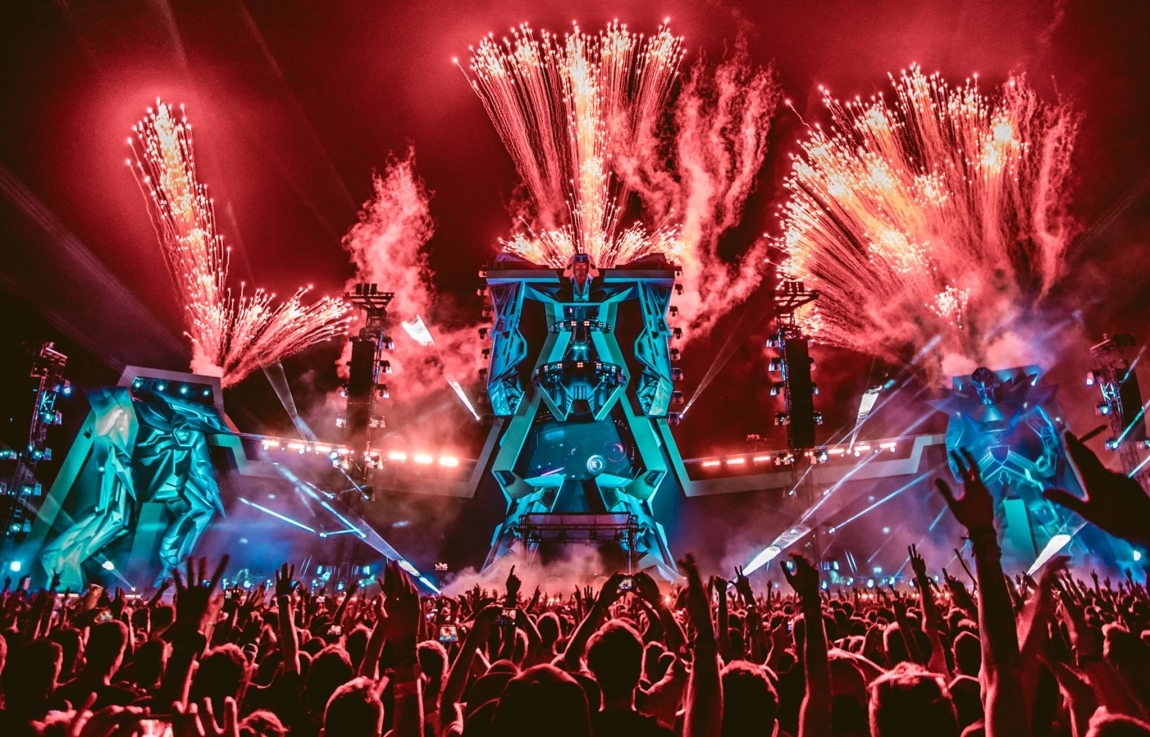 Environment is absolutely everything. Along with the people, the talent and the timing, the production and that essential sense of place in a festival is one of the most important ingredients to ensure a truly memorable trip. A trip where there is no mistaking where you could possibly be because there is no other place like it on this planet… Or any others! 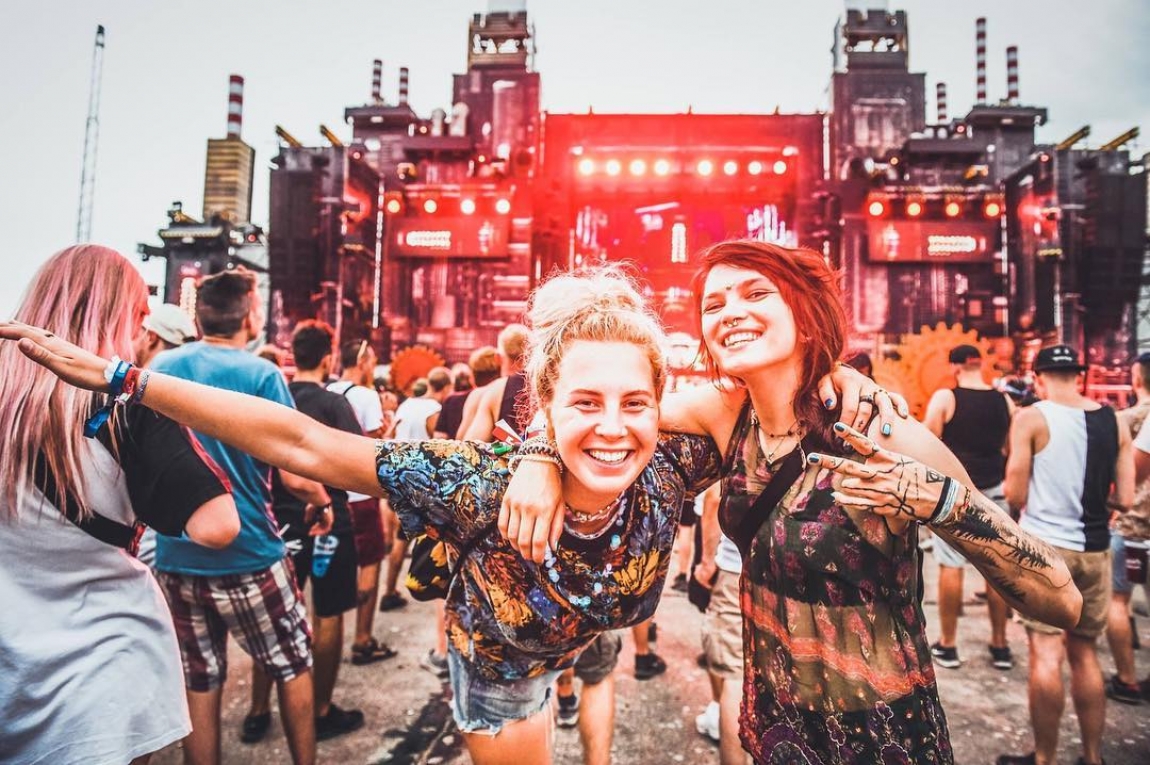 With a reputation for its strong sci-fi themed visual identity, Let It Roll has some of the most insane stage production ever seen in drum & bass events. Inspired by its world famous opening show narrative, the event is a never ending story set somewhere in the not so distant future where themes of connection, unity and displacement are explored and developed in a concept that spans the universe.

Let It Roll 2019: Another year, another level, another unique solar system where nothing is what it seems, and everything is tailored to arrest your every sense. Every stage is a chapter, YOU are the protagonists, and this year the story is taking a dramatic turn. We’re now leaving planet earth… And this is where we’re heading.

Mothership
Welcome to the Mothership. Your mainstage home throughout this adventure, the vessel that will take us far away from the ravaged robot planet where two sides have warred and scorched the land. It’s every bit the beast you’d expect it to be; looming over the whole site, reminding us where the robots came from - and where we’re all heading - the Mothership will play host to the legendary opening ceremony. It will be home to the biggest of acts on the line up across the sonic board as it thrusts through the stars on a high octane fusion fuel of liquid to mainstream to neuro and back again. Are you ready for take-off?

Temple
Places of unity, shared thoughts and experiences. Places of hope. Temples have brought us together since the dawn of humanoid kind. While this Temple looks unlike any place of worship you’ve ever seen, it’s comprised of great mountains of overgrown robot cases, it has the same magnetism and purpose… To bring us together and celebrate a force much strong than us as individuals. In this case the force is mainstream and jump up. Expect serious outer-planetary exultation.

Portal
Dare you take a step inside the Portal? The focus of the warring sides for generations, the coveted device is a gateway to a brave new future. It’s where robots and mankind are beginning to understand the never ending universe and accept they’ll have to trust each other and learn to live in harmony. It’s a long road and a stormy path but, as the latest chapter in the Let It Roll Winter opening ceremony just foretold, the Portal is a deep, tech and neuro utopia worth fighting for.

Shredder
Every planet had an industrial quarter. A place where ideas are hatched and realised, where fusions and constructions that have never existed before are created by resources and tools that have previously served their purpose. For Let It Roll, the Shredder stage is that space. Unveiled to the world last year, this is the place where sleeves are rolled up and brains are stretched beyond mortal imagination. Hard work requires hard music; expect the most uncompromised sounds and styles at Shredder, a place where neurofunk, crossbreed and all hybrids in between are the only currency.

Eve’s Garden
Meet Eve… Introduced to the world at Let It Roll Winter, she has arrived at this time and space through a series of turbulent universe travels to arrive on the robot’s home planet. A humanoid modified through robot casing and circuitry, she both human and robot and represents the next chapter of unity. But such volatile travels deserve their own idyll. An immersive UV retreat where peace and tranquillity are key and the sounds of liquid, deep, jungle and rollers provide ultimate stimulation. A piece of home in your new home from home, this isn’t just Eve’s garden… It’s yours too.

Storm
It doesn’t matter how far the mothership takes us, we never forget our roots. Storm is the anchor that ties Let It Roll back to a reality we all share. This stage is named after one of Prague’s most legendary venues and will be home to an arsenal of talent across the board from national Czech artists to international partners and friends who’ve been part of this journey with us.

Freedom Music Stage
Because it’s not just about drum & bass. Well, it mostly is. But we’re in 2019; no one ties themselves down to just one genre, variety is essential to help any movement healthy and inspired… The name says it all. Freedom: no rules, no boundaries, no limits. From techno to hip hop, this stage will set us all free. 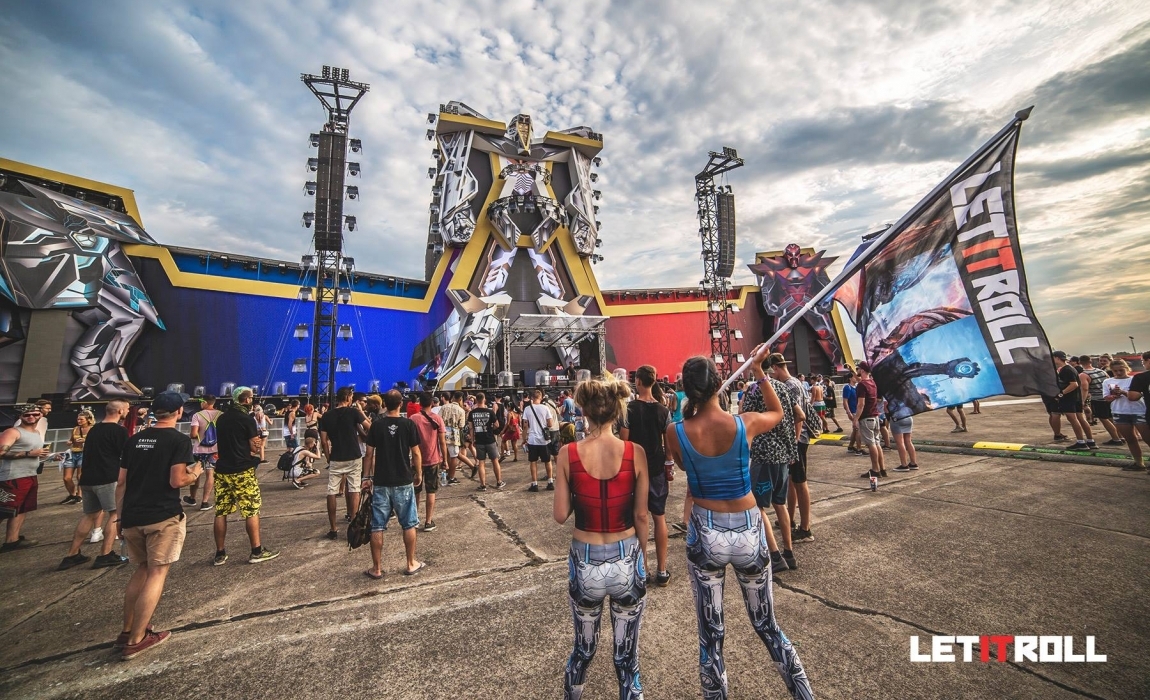 So block your scedule on 1st - 4th of August because Let it Roll is going to hit hard!
Get your tickets now @ https://letitroll.eu/events/let-it-roll-2019-event/