Last week the most bad ass release came out. It has been released by Genosha One Seven Five. The Outside Agency (Eye-D & Hidden), Peter Kurten, Katharsys & Forbidden Society have worked on this beautiful dark music. To support these guys please buy their release @ www.triplevision.nl/release/GEN175008 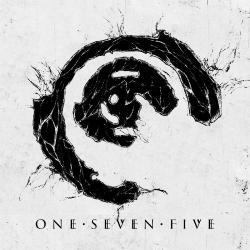 One Seven Five
Genosha One Seven Five is a sublabel to Genosha Recordings, one of the leading forces in forward-thinking hardcore. The Outside Agency's DJ Hidden & Eye-D have been expertly mixing up hardcore and drum & bass since 1996. Slowly but surely they have managed to vaporize all borders between the two genres, thereby making this sound completely their own. One Seven Five will serve as an outlet for The Outside Agency's drum & bass/hardcore crossover material, and future releases will feature collaborations with some of the top names in hard-edged drum & bass. Source

Link: The Outside Agency - Favorite Sin / This Never Happened