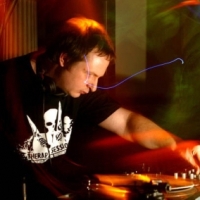 Technical Itch
"Dark Drum and Bass artist"
Bio
Back in 1991 Mark Caro aka ‘Technical Itch’ was based in Birmingham, DJing at local parties and starting out on the production trail with a very limited set up. As the years passed Mark’s unit became more professional and he released tracks as ENTT through the Ibiza label. Mark had by now hooked up with Darren Beale (Decoder), who helped him out on the first Plasmic Life EP that appeared on Bizzy B’s ‘Brain’ imprint. Further releases ensued but Mark had the desire to set up his own label, and so launched ‘Tech(nical) Itch Recordings’. The label had some success, but it wasn’t until Kenny Ken played some of the their tracks on Kiss FM that the rewards of all the hard work began to pay off. On the back of this exposure the Technical Itch name was signed to ‘Moving Shadow’ and as they say the rest is history.

Head hunted by label mate Omni Trio, who brought them to the attention of the Moving Shadow crew, they credit some of their success to the indispensable Akai s3000 sampler. Mark relocated to Bristol from Birmingham where his technical skills perfectly complement Darren Decoder’s musicianship as a guitarist. The pair were both involved with the underground warehouse scene.
The first success of Tech Itch studios was released by Ibiza Records, and Darren had a hit as Orca with ‘4AM’. Their list of aliases is prohibitively long, but, having found their niche in the dark heart of experimental Drum & Bass, Technical Itch is the name to remember. Proving once again the power of the Bristol bass massive, Mark Caro has championed the hard beats.

Mark’s tastes have always erred towards the hard and heavy end of the spectrum - developing a predominately dark, dense atmosphere in his creations. His beats and bass are heavyweight and pure dynamite on the ‘floor, but beware, over-exposure has been proved to be dangerous - this wolf bites!
The first offering on Moving Shadow was ‘Can’t You See’ (Shadow 74) followed in the same year by ‘The Dreamer’ (Shadow 99) remixed by Future Forces (Shadow 99R), both tracks were co-produced and engineered by his mysterious sidekick Decoder. With a number of releases on Shadow under his belt, Mark started to use the Technical Itch name for his more individual projects. First up was ‘The Virus’ (Shadow 101) remixed by Danny Breaks (AC101) and the latest single ‘Stronghold’ (Shadow 116) and the storming Dom & Roland (AC116) remix. Moving Shadow hope to release new material from Technical Itch’s debut album which is currently having the finishing touches added to it Technical Itch also goes out as Secret Methods and Mark Caro.

Secret Methods Vol.1 sold out in it’s first week of release, with a follow up scheduled. He has contributed ‘Input’ for the Breakbeat Sampler Vol.1. on Breakbeat Culture; as well as a collaboration with Decoder ready to drop on Tech Itch Recordings - ‘Red Box’ and ‘EKO’. Mark has also recently completed production work with Decoder on Peshay’s forthcoming album on Mo Wax and for various high profile remixes on major labels. As for their DJ sets, Mark and Darren go out as duo - Decoder and Technical Itch, playing either back to back or straight sets. Either way it makes for a unique and deadly fusion of sound, with the freshest tracks from Moving Shadow stable and Technical Itch studios being showcased on the night.

In 2001, Mark set up his own label, Penetration Records, and released many famous tracks like Soldiers, The Rukus and The Green. In 2008, Mark relocated to Los Angeles and started collaborating on a multi-genre album with producer/composer, Shok (ZEITMAHL/ex-TKK), with vocals from Douglas McCarthy (Nitzer Ebb), Daniel Ash (Bauhaus/ Love and Rockets) and more.
Source: www.last.fm/music/Technical+Itch/+wiki